Without a Body, Our Conversations Bifurcate

While talking on the phone or texting with a friend, it is impossible to give your friend visual signals that indicate understanding, affirmation, confusion, or levels of attention. These indicators are typically provided by head motions, facial expressions, hand movements, and posturing. In natural face-to-face interaction, these signals happen in real time, and they are coverbal; they are often tightly-synchronized with the words being exchanged.

You may have had the following experience: you are exchanging texts in an online chat with a friend. There is a long period of no response after you send a text. Did you annoy your friend? Maybe your friend has gone to the bathroom? Is your friend still thinking about what you said? One problem that ensues is cross-dialog: during the silent period, you may change the subject by issuing a new text, but unknowingly, your friend had been writing some text as a response to your last text on the previous topic. You get that text, and – relieved that you didn’t annoy your friend – you quickly switch to the previous topic. Meanwhile, your friend has just begun to respond to your text on the new topic. The conversation bifurcates – simply due to a lack of nonverbal signaling.

Like frogs in boiling water, most of us are not aware that our bodies are slowly dissolving as we engage increasingly in text-based communication, which is often asynchronous (or at least running at lower than conversation-rates). My theory: new forms of body language are emerging in the absence of our real bodies. Smart design of visual/interactive interfaces can adapt to this natural evolution. I don’t see it as a choice. It’s simply a part of our evolution – our adaptability.

Jill Chivers, in the blog, “I’m Listening – the Power and Magic of Listening in Everyday Lives“, makes

a great case for reaching for the phone when repeated email pings are not getting through to someone, or for going face-to-face, when phone calls are left unanswered.

Call her old-fashioned, call her a Luddite. But she is simply suggesting that we all need to stay connected in ways that maximize our body language. It’s not an anti-technology stance. In fact, I would argue that we need more technology and smarter technology – just that it has to be the kind of technology that manifests embodiment over the internet – in whatever forms it takes. Without bodies, virtual or otherwise, and without the synchrony of realtime bodies, voices, and some stream of co-presence, we tend to fragment into text-like pieces.

Some people like deconstructing themselves into textual fragments. Sometimes I like it – I can hide behind my well-crafted words. But I don’t like the fact that I like it. I don’t want to like it anymore than I do. I would prefer to like connecting with people more in realtime, like I used to – before the world was wired. 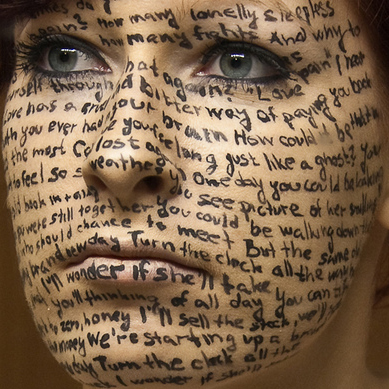 This entry was posted on Tuesday, August 23rd, 2011 at 6:43 am and is filed under Design, gesture, Natural Language, text, Uncategorized. You can follow any responses to this entry through the RSS 2.0 feed. You can leave a response, or trackback from your own site.